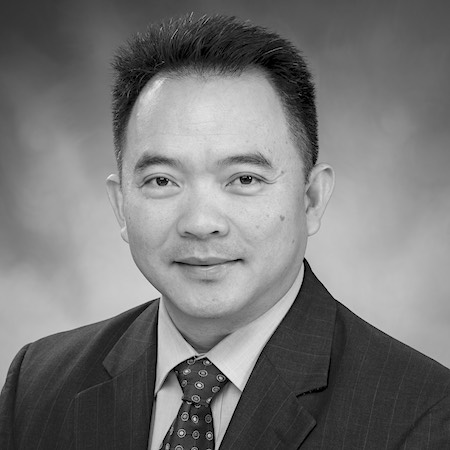 Prior to his current role, Dr. Vo served in a senior executive position as Vice President of Electronically Mediated Services at Colorado Access, a health insurance plan in Colorado, where he was subsequently promoted to CEO of three of its subsidiary companies. As CEO, he led their development, launch, and growth. Prior to coming to Colorado Access, Dr. Vo was the executive director of the Center for Telehealth Research and Policy at UTMB, recognized nationally as one of the largest operational telemedicine programs in the country. While previously at UTMB, Dr. Vo held a faculty appointment as an associate professor in Preventive Medicine and Community Health and served as a consultant and Contract Officer Representative for the US Army Medical Research and Material Command’s Telemedicine and Advanced Technology Research Center (TATRC), providing subject matter expertise and oversight on neuroscientific and telehealth programs. Before assuming the executive director position at UTMB, he served as Science Director for the Henry Jackson Foundation-Comprehensive Neuroscience Program (CNP) in Bethesda, Maryland. In that capacity, he was responsible for providing scientific guidance and leadership on all research endeavors of the CNP, a clinical research program based in the Uniformed Services University of the Health Sciences, Walter Reed Army Medical Center, and National Naval Medical Center. Dr. Vo also served on active duty as a commissioned officer in the US Army at the Walter Reed Army Institute of Research in the Division of Neurosciences.

Dr. Vo is considered a national expert in telemedicine, a patent holder, and is a former member on the Texas Health and Human Services Commission’s Medicaid Telehealth Advisory Committee. He previously served on the American Telemedicine Association’s Institution Council Executive Committee and has provided consultation for a number of organizations in the areas of program evaluation, telemedicine, policy, and as a director and an advisor for a number of companies. He has co-authored book chapters and scientific manuscripts in peer-reviewed journals as well as has presented at numerous international and national meetings.